Insights from one of Africa’s most creative strategic thinkers

Chantell Ilbury is a scenario strategist, co-author with Clem Sunter of The Fox Trilogy, and founding partner of the strategic intelligence agency Mindofafox. She is also one of the few women guiding the strategic conversations of some of the biggest names in business. This is an excerpt from her book A Fox’s Tale: Insights from one of Africa’s most creative strategic thinkers.

“Over the past 15 years I have facilitated literally hundreds of executive-level strategic conversations in organisations all over the world and across a diverse array of sectors including energy, resources, health services, legal services, banking services, pharmaceutical, agriculture, water and food security, transportation, manufacturing, and entire governments. In most of the sessions, most of the attendees have been men. This is very much reflective of the demographics at executive level; most of the times I am the only woman in the room. This is especially significant seeing that as the facilitator and strategist the onus is on me to retain a soft but authoritative rein on a conversation that can often become heated and high-spirited.

“This places me in a position some may consider potentially problematic. And yet, in all those hundreds of strategic conversations, not once have I had a problem. Okay, that’s not entirely true: Because I always feel it necessary to dress smartly and professionally, I’m invariably in high heels; this is fine if I’m attending a short cocktail party but it’s not the best idea when facilitating. It means while everyone else is sitting down, I’m the one standing in high heels, sometimes for over 10 hours at a time. Oh yes, and I often have to step backwards towards the flip chart!

“There was one specific occasion when wearing high heels was most definitely a disadvantage, but in my defence, even I couldn’t have considered the scenario that played out. I was part of the facilitation team designing scenarios for developing relationships between South Africa and Réunion, an insular region of France that sits thousands of kilometres away in the Indian Ocean, not far from Mauritius. The project was held over four months over 2015 and 2016, and the sessions alternated between Saint-Denis on Réunion and the French Ambassador’s residence in Pretoria. The latter is not 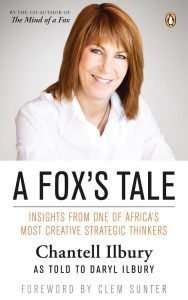 “The day before my trip, a truck travelling along a stretch of road running parallel to the last stretch of track between Pretoria and Hatfield, left the road and crashed through the rather imposing concrete palisade security fencing that runs along the entire Gautrain rail network. That stretch of track was closed while the truck was retrieved and the track checked for damage. By the time I boarded the train the following day, the passengers were informed that everything was okay and the train would go all the way through to Hatfield. But it didn’t. It decided to stop half way between Pretoria and Hatfield, and it seemed none of the staff on board had an inkling why and how long the delay would be. Eventually an announcement came over the intercom that we’d all have to get out and walk. Problem: remember that imposing concrete palisade security fencing that runs along the entire Gautrain rail network? Well I wasn’t joking when I said it runs along the entire Gautrain rail network; there were no exit gates in the fencing where we could get to the road nearby to be picked up. So we climbed out, stood on the tracks and looked towards where the train was supposed to go; there was no sign of any station. One or two male passengers scampered across the tracks and managed, somehow, to clamber over the high fencing and flag down a car. I was wearing a satin blouse, a tight knee-high skirt with a slit at the back, and very expensive Swedish high-heeled shoes. I wasn’t scampering and clambering anywhere!

“So there I was, stumbling off towards Hatfield station, along the tracks with everyone else. The driver of the train had estimated that the distance to Hatfield was about three kilometres. I don’t know whether you’ve ever tried walking three kilometres along a railway track in a tight skirt and high-heeled shoes, but I can assure you that it’s a logistical nightmare that risks ripping the skirt and totally destroying the heels. So why didn’t I simply take the heels off and walk barefoot? That’s the worst part: this happened in the middle of a three-day heat wave that hit Pretoria and Johannesburg towards the end of November 2015, and temperatures had soared to over forty degrees Celsius. So I had a dilemma: save my feet and ruin the shoes, or save the shoes and walk barefoot along the scorching track. Those shoes were my favourite, so I took them off and they stayed in my hands.

“Luckily one of the conductors took pity on me, put me on his back and carried me the last few hundred metres. I finally staggered into the French Ambassador’s residence just before the session I was to facilitate was due to start, looking utterly bedraggled – hair matted and plastered to my brow, silk blouse stuck to my skin, and feet bleeding and blistered. I took a moment to catch a breath, pulled myself together, tucked my damp hair behind my ears, put my shoes back on, and started facilitating.”