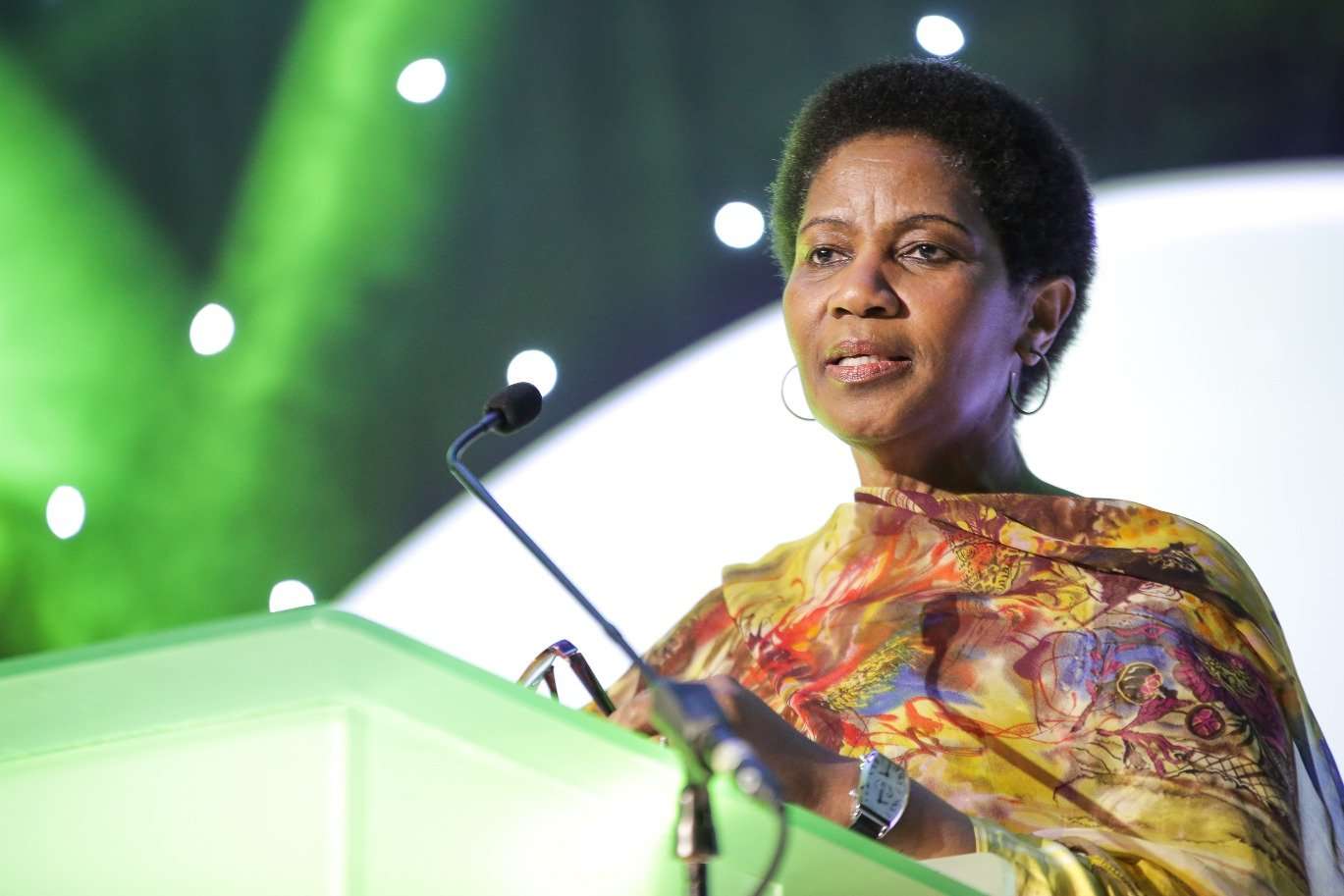 The Standard Bank Top Women Lifetime Achiever Award for 2021 went to Dr. Phumzile Mlambo-Ngcuka who was recently appointed the new Chancellor of the University of Johannesburg. The former Deputy President of South Africa was hailed for the decades she has sacrificed as a leader and activist. Dr. Mlambo-Ngcuka has touched the lives of many wherever she has invested her time. Whether it be political activism, governance or education, the former Under-Secretary-General and Executive Director of UN Women has fought for equality from the township streets all the way to the gatherings of world leaders in New York.

Born just before twenty-thousand women from all over South Africa would gather in Pretoria to march against pass laws, Dr. Mlambo-Ngcuka’s commitment to serving others can be traced back to her parents, particularly her mother, who was a community health nurse.

Education is one the key areas where Dr. Mlambo-Ngcuka’s influence has been felt. In the early 80s she was a lecturer at Mpumalanga Teachers Training College, after completing a Bachelor’s degree in Social Science and Education from the University of Lesotho.

Some of the key issues that Dr. Mlambo-Ngcuka faced as the Executive Director of UN Women were the stumbling blocks to getting young women in school, which have been exacerbated by the closure of schools around the world in response to the pandemic: “The impact of lost education for children, especially girls, is likely to have permanent effects for many. Our engagements with civil society, faith-based organisations and traditional leaders have been about community-driven efforts to stop losing a generation.”

That community-driven engagement extends beyond the role she played at the United Nations, including the work her foundation does. Dr. Mlambo-Ngcuka started the Umlambo Foundation in 2008 and it is still going strong.

“Umlambo Foundation leverages the goodwill of people and institutions to invest in leadership and management development of school principals to improve the quality of education in public schools; giving learners a chance to WIN against poverty,” reads the organisation’s mission statement.

The Umlambo Foundation assists in upskilling educators and gathering resources from a network of stakeholders and decision makers to improve the quality of education that children are receiving. This involves training for teachers, management courses for principals and initiating drives for school infrastructure, books and equipment. The Umlambo Foundation takes a broad approach to supporting schools, making a difference in the various aspects, from operations to the actual teaching and learning.

Dr. Mlambo-Ngcuka campaigns for universal access to education, something which affects the majority of girls in Africa. In an op-ed about youth development, for the African Policy Review, Dr. Mlambo-Ngcuka writes: “… in Sub-Saharan Africa almost two thirds of girls who are out-of-school are expected never to attend.”

With her time at the UN over, and a new chapter at the University of Johannesburg about to begin, Dr. Mlambo-Ngcuka is showing no signs of slowing down. Her knowledge, empathy and responsible leadership sets her apart from her peers and earned her the respect of people from all over the world, who recognise the positive impact the life she has lived in service of others.

The positions held by Dr. Mlambo-Ngcuka over the years:

Qualifications she has received:

Regarding being profiled or showcased in the Standard Bank Top Women publication and Awards, please contact