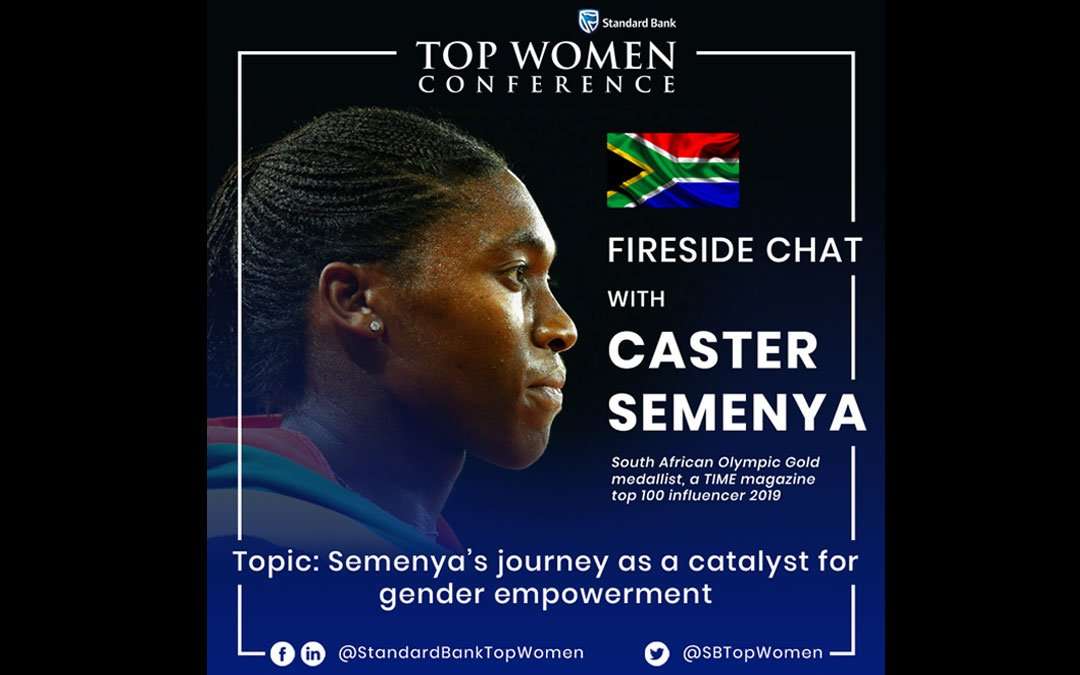 The annual conference is a gathering of entrepreneurs and business leaders who are passionate about driving gender empowerment. Supported by UN Women and the Commission for Gender Equality, this year’s event focuses on the advancement of women and girls on the African continent.

Semenya is a gender icon known for shattering gender norms. Holding more than 18 international gold medals and having recently been named one of the 100 most influential people of 2019 by Time, she is known for breaking gender stereotypes both on and off the track. With her success bringing about much controversy in elite sport, Semenya has caused many to question the fairness of dividing social benefits along gender lines.

“I am very thrilled to be a part of the Standard Bank Top Women conference this year, standing up for the cause against gender inequality which remains a major problem on local, national and global levels. Not only does it affect the lives of individual men and women, but the inequality between genders also stunts economic growth and hinders development. This is also something I have personally experienced even in the sports fraternity. It is our responsibility to get involved and make a difference in ensuring sustainable development that relies on ending discrimination toward women and providing equal opportunities for education, skills development and employment,” said Semenya.

Standard Bank Top Women Conference attendees will have the opportunity to hear South Africa’s ‘golden girl’ speak about her journey as a catalyst for gender empowerment at an intimate fireside chat. From her win at the 2009 World Championships in Berlin to her victory in having the IAAF’s ruling over testosterone regulations suspended, Semenya has shown depth and strength of character throughout her life.

“By driving discussions around gender for the past 16 years, we have encouraged both men and women to change their understanding of women’s role in business and society. We cannot think of another woman who exemplifies this shift in perception as much as Caster Semenya. Using her platform to speak out about gender equality, Caster is one of the individuals in the wave of female leaders that is emerging in South Africa,” says Ralf Fletcher, CEO of Topco Media.

The two-day conference will attract more than 400 attendees and see respected industry and government leaders present on a range of topics. It will also serve as the launch event for the 15th edition of the Standard Bank Top Women Leaders publication.

Standard Bank Top Women aims to build a trusted network of gender-empowered companies and female entrepreneurs to accelerate the realisation of gender parity in Africa and the world. Launched in 2003, the brand showcases and awards gender-empowered companies, and gives iconic female leaders a platform from which to share their success stories with the next generation of women achievers.