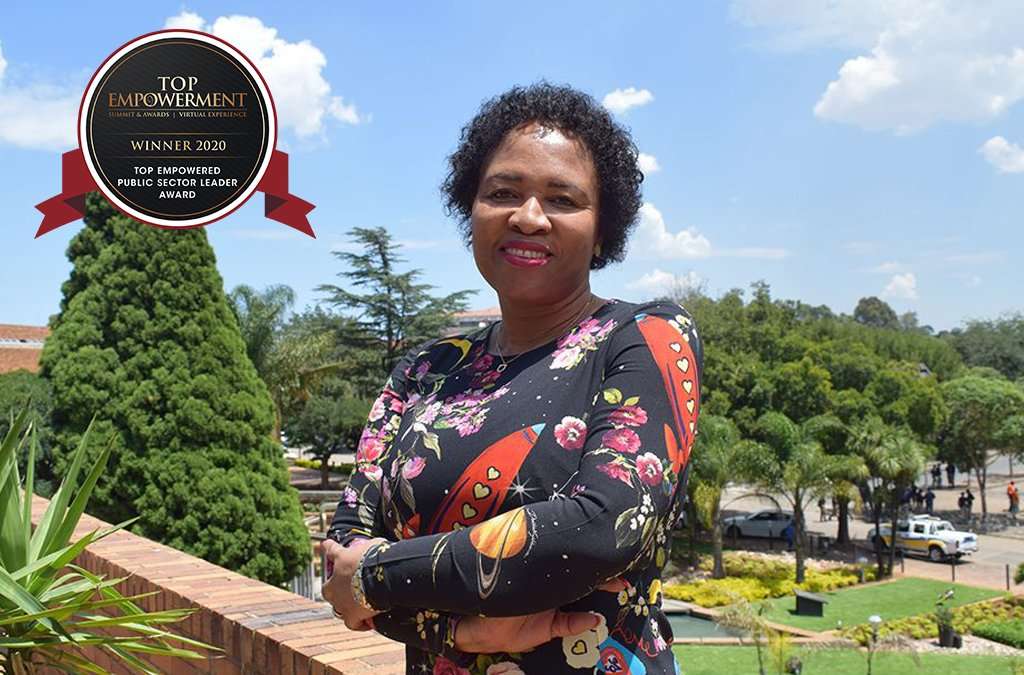 Imogen Mashazi has more than 20 years of experience in local government and has had an inspirational journey fuelled by tenacity, commitment and hard work.

She was appointed City Manager of the City of Ekurhuleni in December 2016 – becoming the first woman City Manager of the City and is responsible for directing a variety of administrative processes that allow the City of Ekurhuleni to operate efficiently and effectively. Her office implements and oversees policies crafted by the city council. She is currently the only woman to head the administrative structure of a metropolitan municipality in the country.

Imogen Mashazi not only directs the administrative processes in the City of Ekurhuleni, but she is also a loyal resident of this municipality. She has over 20 years’ experience in local government and has worked her way through the ranks from operational staff member to COO and now city manager. She therefore understands the systems, policies, and most of all the processes of ensuring that the municipality delivers quality, sustainable, and predictable services to the residents.

Education and constant lifelong learning have been key to her success, starting in the mid-80s with a Diploma in General Nursing from Unisa and 30 years later a National Certificate in Municipal Financial Management – LGSETA in 2015.

Under her watch, the metro has witnessed a focus on the recruitment, placement and promotion of women leaders – a prime example of “lift as you rise”.

At the same event, the City of Ekurhuleni won the Top Empowered Services Award, which Imogen ascribes to the leadership of the City’s Executive Mayor Mzwandile Masina and his team

“It all starts with assembling a strong team of qualified people to key positions. We, as a City, have also put trust in talented young people and women as we transform the City to be able to deliver services to our people and the business community.”  – Imogen Mashazi