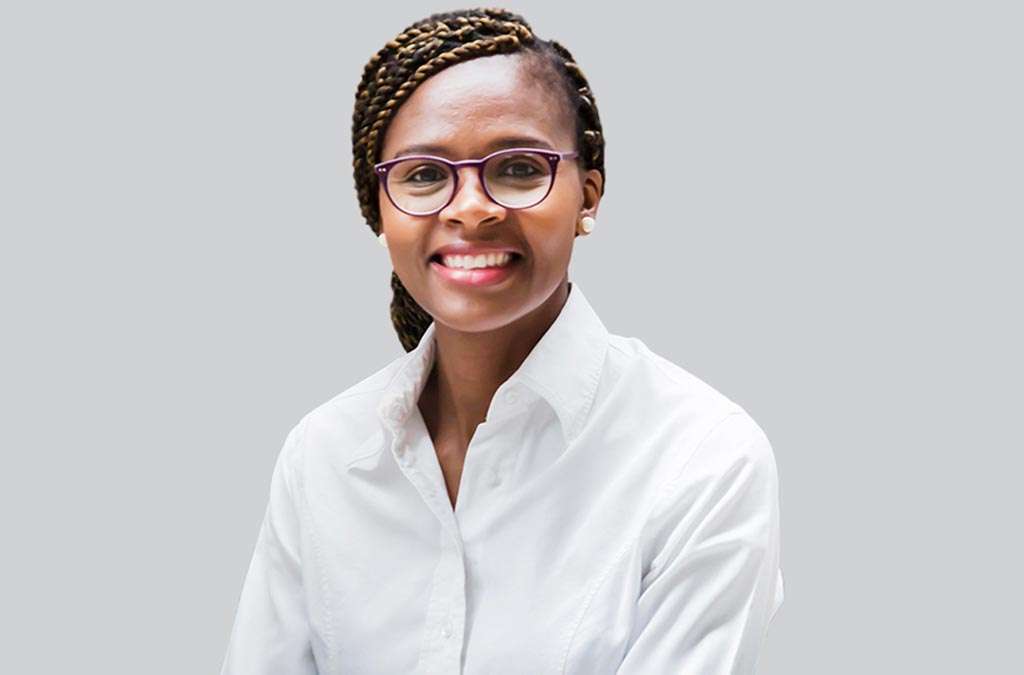 Chief Executive Officer of the South African Health Products Regulatory Authority (SAHPRA) Boitumelo Semete-Makokotlela had a baptism by fire when she assumed office in January.

She not only arrived in the last quarter of a financial year, but had to start the 2020/21 financial year dealing with a global pandemic. With experience in the health technology innovation sector and a strong research and development background, the 41-year-old has led the organisation in its efforts to strengthen South Africa’s coronavirus (COVID-19) response.

As an entity of the National Department of Health (NDOH), SAHPRA is working with the department and industry role-players to actively monitor the potential impact of the pandemic and respond to any disruptions or medicine and medical equipment shortages. It is also playing an active role in efforts to develop a vaccine for the coronavirus disease, working alongside the NDOH and its partners, which include research institutes and health companies. With SAHPRA’s core mandate being the regulation of all health products, clinical trials, complementary medicines, medical devices and in vitro diagnostics, it contributes significantly to ensuring that the nation’s pandemic response is properly managed. Semete-Makokotlela says SAHPRA must ensure that all health products used in the fight against COVID-19 are regulated.

Before South Africa’s first COVID-19 vaccine clinical trial began at the University of the Witwatersrand in June, SAHPRA subjected it to a rigorous review process. It is SAHPRA’s duty, she emphasises, to ensure trials are within the bounds of safety, meet the required treatment standards and are done correctly.

During the COVID-19 pandemic, SAHPRA is working closely with other regulators such as the Food and Drug Administration in the United States of America, the World Health Organisation, the European Medicines Agency, the African Medicines Regulatory Harmonisation initiative, as well as individual countries’ regulatory bodies. The work done by these contributes to SAHPRA’s decision-making process on medicines or medical equipment. It does this by gathering data and studying the results of research done on specific products to decide whether sufficient due diligence was done.

Semete-Makokotlela says they look for particular information, such as the data from clinical trials and where, how and when they were conducted. They also look at whether the trials were done safely and if the medicines or equipment do what they promise, without undue side effects.

SAHPRA regulates the work done by both public and private sector health institutions. To function efficiently, it must foster relationships across all sectors of the health industry.

“We work a lot with industry associations and very closely with the NDOH and our sister agencies like the South African Medical Research Council, South African Pharmacy Council and the Health Professions Council of South Africa,” says Semete-Makokotlela.

Her time at SAHPRA has been challenging, mainly as a result of COVID-19.

“For me, there is no ordinary day where I can say that this is what I do when I get to the office. One moment, I have to deal with human resources matters and the next, I am handling accounting-related matters. Until recently, we were a directorate of the NDOH so we are still trying to fully staff the organisation.”

During her time at the helm of the regulatory body, Semete-Makokotlela says in addition to resourcing the organisation, she has had to focus on improving communicating with stakeholders Semete-Makokotlela was born in Soweto and is an alumni of the University of the North West (PhD in Biochemistry), the Wits Business School (MSc in Management Finance and Investment) and the University of Pretoria (BSc, Honours in Genetics).

She did her post-doctoral research studies on nanotechnology in the delivery on anti-TB drugs at the University of Nottingham in England and at the Ecole Polytechnique Fédérale de Lausanne (Swiss Federal Institute of Technology Lausanne) in Switzerland.

Prior to her current job, Semete-Makokotlela was the executive director for Biosciences at the Council for Scientific and Industrial Research (CSIR). She is also a former general manager for research, development and innovation at the Innovation Hub Management Company. She was a McKinsey Leadership Fellow for two years and also occupied the position of senior researcher and project manager for the Drug Delivery Research Group.

“During my tenure at the CSIR, my most notable achievement was turning around a business that was making losses ranging from R17 million to R23 million, off a revenue base of R130 million, into a business that within two years of my tenure was breaking even. This was achieved by establishing a sound strategic position and operating business model.”

“They must be heard, be seen and be part of the decision- making.”

She advises that women in positions of power must be nurturing and empowering as employees want to work in an enabling work environment where they are valued.