Matthew Goniwe School of Leadership and Governance (MGSLG)
Education
About Us

The Matthew Goniwe School of Leadership and Governance (MGSLG) is a globally networked development institution in the education sector, established by the Gauteng Department of Education to research, develop and deliver premier capacity building Programmes and related Service Offerings.

The focus of our work is in areas of:

MGSLG has an impeccable record and credential of   programmes successfully implemented since its   establishment, reaching out to thousands of   educators with an average turnover of about   R300 million per arum

The institution is located in two main campuses, Vrededorp which serves as the Head Office and Benoni, which is distinguished as the ICT Training and Innovation precinct. 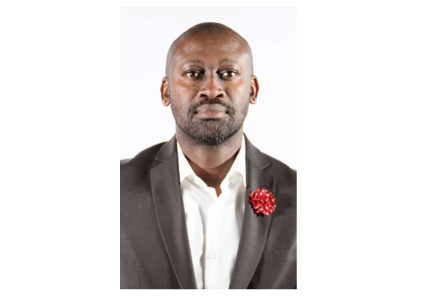 Adv. Thulani Makhubela is currently the Chief Executive Officer at the Matthew Goniwe School of Leadership and Governance (MGSLG), a training and development institute in the education sector.

He has held numerous Senior and Executive Management positions before joining MGSLG.

Makhubela has accounted well for himself earning the recognition from both internal and external stakeholders. In the two years he has been at MGSLG, he has turned the organisation around in terms of Human Resources Planning and Development.

His most recent successes include but not limited to:

He has A strong background in the following disciplines:

Before joining MGSLG he was with the Johannesburg Roads Agency in the capacity of Executive Manager: Business Planning and Development.

Makhubela is well organized, diligent, determined and sharp-witted. He always finishes what he starts start and appreciates the challenges that life brings. He utilizes each opportunity to excel in his working environment and works well under pressure. His active mind has proven to be very useful in identifying potential problem areas and the solution to those problems. He manages conflict in a very efficient and methodical way. He is a strategic thinker, team player and always keen to share his knowledge with team members and colleagues. He has been operating at an Executive level for the past 11 years.

He served pupillage at the Johannesburg Bar of Advocates from February 1997. He was admitted as an Advocate of the High Court of South Africa on the 2nd of April 1997. In November 1997 he passed his Bar exam and became a member of the Johannesburg Bar of Advocates. He started practising as an Advocate on the 8th of December 1997 and left practice in November 1998 when he joined the University of South Africa (UNISA) as a Legal Advisor.

He has successfully appeared on a number of cases, both at the High Court, Regional, Magistrate courts and the Labour Court, the CCMA and Bargaining Councils. He has also represented clients at the Truth and Reconciliation Commission.