The South African Police Service (SAPS) is an organ of state, constitutionally mandated to prevent, combat and investigate crime; maintain public order; protect and secure the inhabitants of the Republic and their property; and uphold and enforce the law.

The Service employs over 180 thousand employees spread across the national and provincial head offices and specialised units, as well as at the 1 156 police stations across the country.

During his tenure as National Commissioner of the SAPS, the current serving Minister of Police, General Bheki Cele was instrumental in ensuring that the ratio of men to women in leadership positions in the SAPS, was propelled from a meagre 22% female representation to over 30% within a very short space of time between 2009 and 2011. This was to set the tone and agenda for transformation, recognising the valuable role women can and do play in policing.

Continuing on this 2011 trajectory, present-day statistics of women in leadership roles in the SAPS is much more than merely ticking gender equity boxes. With a progressive executive management structure striving to foster an enabling environment for the advancement of women, policewomen are now fiercely breaking boundaries, penetrating operational environments that were historically reserved for their male counterparts.

In line with the vision of the current National Commissioner, General Khehla Sitole, the organisation continues to make significant strides on gender transformation since the dawn of democracy. During Women’s Month in 2021, the SAPS paid tribute to women in previously, typically male dominated policing environments that include the Air Wing, Bomb Disposal Unit, Equestrian, the K-9, Tactical Response Team (TRT), Highway Patrol Unit, Motor Vehicle Accident Reconstruction Unit, Forensic and Ballistic Experts, and many others. Furthermore, the multi-disciplinary national task team established to prevent and combat aggravated robberies, particularly Cash-In-Transit heists, is led by a female Major General. This team has since its inception in 2018, secured the arrest of at least 202 suspects and saw the recovery of 104 illegal firearms and 178 hijacked or stolen vehicles, bringing to a sharp decline the prevalence of such serious and violent crimes.

Through the implementation of its five- year Women Empowerment Agenda plan (2019-2024), the SAPS has to date reached significant milestones including the preservation of 40% of all training initiatives for women to ensure their upward mobility and ascension to middle and senior management. Again, 70% of all places in the emerging leadership programme are now reserved for women in order to broaden the pool of women leaders in the SAPS.

To this end, the SAPS can today boast over 50% of female Lieutenant Generals, the second highest rank on the SAPS rank structure. Two of these are Deputy National Commissioners and make up 66,6% on this echelon. Four of these are Provincial Commissioners with one provincial commissioner position vacant, thus giving it at 50/50 split. Seven of the female Lieutenant Generals at Divisional Level include the Deputy National Head of the Directorate for Priority Crime Investigations (DPCI also known as the Hawks.

To accelerate the transformation agenda in the SAPS, the organisation established Women’s Network in 2003 to forge strong bonds between women in the SAPS and ensure women in leadership positions mentor those at lower ranks. In addition, the Network facilitates career advancement of women through leadership training programmes.

The SAPS recognises women as leaders and acknowledges the set of skills they bring to the organisation to take policing to the next level in the best interest of the communities and victims of crime.

Without reservation, the SAPS appreciates that having women occupy leadership positions is not only important for gender equity; but also serves to inspire current and future women in policing to consolidate the gains made by women pioneers. 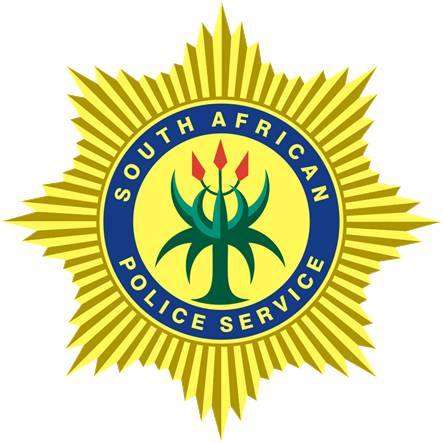