Empowering women in a digital age 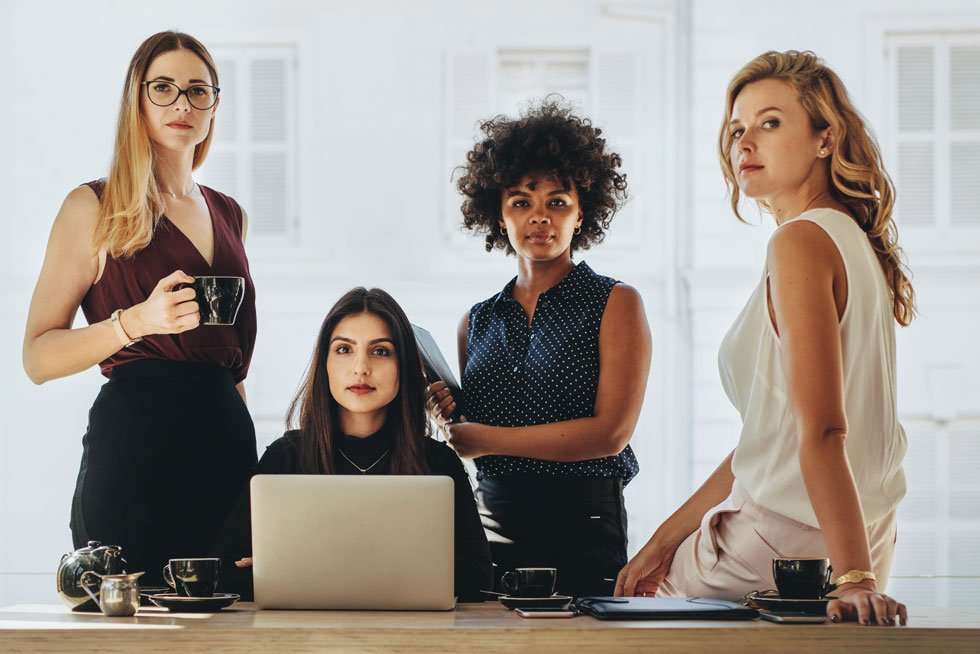 THE WORLD BELONGS TO THE DIGITALLY EMPOWERED BUT THERE IS ONE SURPRISING STUMBLING BLOCK, FACED PREDOMINANTLY BY WOMEN, WHICH IS SLOWING PROGRESS – AND IT IS NOT ONE FACED ONLY BY WOMEN IN LESS-DEVELOPED COUNTRIES; THIS IS A GLOBAL PHENOMENON.

It’s an ordinary Monday and it’s tea time, so it’s a good time to catch up on social media. An international group you follow (just for the laughs) features a meme you find interesting and you comment without much thought. Within moments, several people, who aren’t friends of yours and don’t know you or offer any connection to you in any way, have posted an onslaught of bitter and abusive responses – each further fuelled by the last – and none of it is pretty.

Cyberbullying is a real problem. The anonymity of social media is enabling it and research is proving it has a real, long-term and detrimental impact on the growth and empowerment of women globally.

I recently talked about cyberbullying and the challenges it presents to women, in business particularly, during my opening keynote address at the Standard Bank Top Women Conference hosted in August.

Along with the growth in adoption and use of social media apps, cyberbullying is on the rise and I, as a digital native who was born into and has grown with the digital age, related today’s bullying to my own experiences with bullies in my youth.

WHEN WE WERE YOUNG

The world has taken old ideas of playground bullying into a digital world where women are constantly targeted by people who are able to hide behind their social identities, saying whatever they want, whenever they want. These people think they have the right to tell you what your life should look like and they think they can tell you how to be better without context or even knowing a thing about you.

In fact, in examples such as the one I mentioned earlier, they swan in, spew their vitriol, swim around gleefully in the chaos that ensues and move along as soon as they tire of the sport, personally untouched by the experience and certainly unfazed by the impact it has had on their target.

I am not alone in my thinking, with many studies and survey results available online that support my opinions. Cyberbullying may have been limited to the young before but, fear not, it is ageing well. Nobody, it seems, is safe.

Digital spaces should be empowering places for the sharing of opinions, debate and the exchange of ideas and ideologies, but cyberbullying is killing the promise inherent in these platforms and research tells us that people don’t even have to experience it themselves to be affected by it.

In fact, according to the European Institute for Gender Studies, cyberbullies are restricting the opportunities offered by digitalisation with young women, most especially, being deterred from taking part in political discussion or online debates and often censoring themselves as a preventative measure.

The real dangers posed by cyberbullying, as it relates directly to women, is having a far-reaching impact on female development, empowerment and growth. It does this by forcing women to retreat from the digital world and, in doing so, not only from opportunities to educate and learn from others but also from opportunities being offered to them in the general digital space – like support and inclusivity.

I believe that if we support the natural leaders and entrepreneurs in South Africa through upskilling them in better use of the internet, female business owners can and will have a great impact on the country as a whole, while forging a better future for themselves and their communities.

The opportunities are boundless and I feel the world is finally waking up and realising that it makes sense to bring women into the workforce (and the digital space) in a real and powerful way. This thinking is again mirrored by a recent Harvard Business Review story, which details several interesting findings:

1. An Accenture study suggests women derive greater value from “digital fluency” in the workplace than men do.

2. A study of Kenya’s popular M-Pesa mobile money service suggests that digital financial services can increase the participation of women in the workforce and create opportunities for women in the formal market economy.

3. A new generation of unlikely entrepreneurs can be found on Facebook-owned Instagram, hailing from socially conservative Saudi Arabia. A growing number of women are turning to the app to start businesses that can bypass both bureaucracies and social restrictions. Thousands of women have established Instagram businesses selling handicrafts, food, clothing and accessories.

4. Women tend to have a disproportionate influence on decisions around family, community and children. They tend to invest more of their earnings in their families than men do – almost ten times more. If anything, statistics like these prove that closing the digital gender gap would likely have far-reaching benefits, not only for women but also for their dependents, families and communities.

In an effort to bridge the contribution gap, Google has introduced Women will, a programme that provides on- and offline digital skills programmes and tools that support female-led businesses and opportunities for women to gain inspiration from (while connecting with) each other.

Globally, Google offers female entrepreneurs opportunities to grow their business acumen and digital skills through in-person events and online career and business training from Grow with Google, and business and digital marketing tutorials through the Primer app.

To scale our training further, we partner with Google Business Groups (GBGs), which are independent, community-led groups formed by business owners to share knowledge about web technologies for local business success.

We also support women-led businesses through two of Google’s core products, Search and Maps, as well as our “women-led” option on Google My Business, which female business leaders can add to their listings to spotlight that their business is proudly owned, led or founded by women.

To date, Google has helped 110 000 women across 28 countries improve their digital skills through the programme, but there is so much more we want to and will do to address the challenges faced by women every day – but we need to get them back online in order to do so.