Female in power: Nicky van der Poel keeps her finger on the switch! 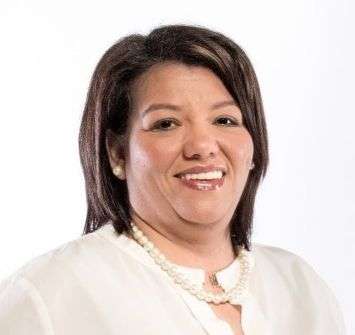 There is a light at the end of South Africa’s energy crisis, and Nicky van der Poel is a key player in ensuring that demand peaks are managed above expectations, and power outages are well-planned and executed – keeping the lights on in the future.

The 24th outage, since the start of Koeberg’s operations in 1984, was successfully completed when Unit 2 was synchronised to the national grid, on 21 October 2020. The publics’ perception of power outages is often hindered by the idea of unexpectedly ‘being left in the dark’. What must be highlighted, however, is South Africa’s need to intermittently conserve energy loads in efforts to keep businesses running in the long-term. Essentially, scheduled power outages contribute to the efficiency and longevity of the economy – a save now, thrive later approach.

At the forefront of the induction of this approach, Nicky van der Poel is not only one of the few women in the South African nuclear energy sector, but also one of the key players involved in the annual Koeberg scheduled outage. Starting her career at Lesedi in 2003, as the site financial manager, she later transitioned to become the financial manager. In 2008, Nicky was appointed senior executive of outage services at Lesedi Nuclear Services – a position she still currently holds.

Nicky provides the details around a scheduled outage (or refueling outage) at Koeberg, the only nuclear power plant in Africa. Highly specialized skills are needed for a scheduled outage at a nuclear power plant. Koeberg has two (PWR) pressurised water reactors based on a design by Framatome, an international leader in nuclear energy. (Framatome is a main shareholder at Lesedi). Maintenance outage takes place once a year or when the fuel needs to be replaced in the reactor core. Modifications to extend the life of the plant also generally takes place during outages.

Many months of detailed planning precedes a planned outage. Currently, Nicky and her team are already planning the scheduled outage for Unit 1, in February 2021. During a refueling outage the plant must be shut down before any staff can enter the reactor building. The spent fuel is removed, the cavity is drained and then cleaned. Various other maintenance activities then take place. Once these activities are completed, the cavity is then refilled with water after which the new fuel is placed back into the core.

For every generic outage around 130-170 people are involved from Lesedi and Framatome. This includes the outage team from Lesedi assisted by international Framatome experts and around 80 contract workers. Before each outage staff undergo refresher, training and team members are upskilled to be multi-skilled.  The Lesedi team has worked on some 96 outages on international nuclear power stations in the UK, the USA, Spain, and Brazil where our resources have proudly been representing Africa since 2006.

On the topic of being a female in a traditionally male industry, Nicky comments:

“Being a woman in this position has not always been easy. From 146 positions during this outage, only 9 were female.”

She adds, however, that over the past 12 years, she has always had great support from all her team members, with special mention of her deputy Jaco Stemmet. Nicky highlights that being a woman enables her to look at strategy and team cohesion holistically. She is passionate about transformation & localisation, which entails transferring knowledge and training local staff and keeping an eye out for opportunities to upskill and promote talented team members. She says that it is critical to retain the nuclear skill sets in the country, and the opportunities to work on international locations cultivates a high retainer rate and keeps skills fresh and on par with global nuclear requirements.

Nicky is also the Managing Director of the Lesedi Skills Academy in Atlantis, Western Cape. The Academy offers artisan training programmes to produce a skill level fit for the highest quality and safety standards internationally, in the nuclear and broader energy sector. At times, Lesedi Nuclear Services absorbs ‘artisans in training’ into the Nuclear Outage Programme. Learners are adequately equipped not only as skilled artisans, but instilled with the Global Nuclear Level of OHS&E:

The ongoing successful outage schedule is an achievement not only for Eskom’s team at Koeberg, but also for Nicky and the Lesedi team involved in this highly technical and critical operation.