Ithuba’s Charmaine Mabuza: A woman with a cause 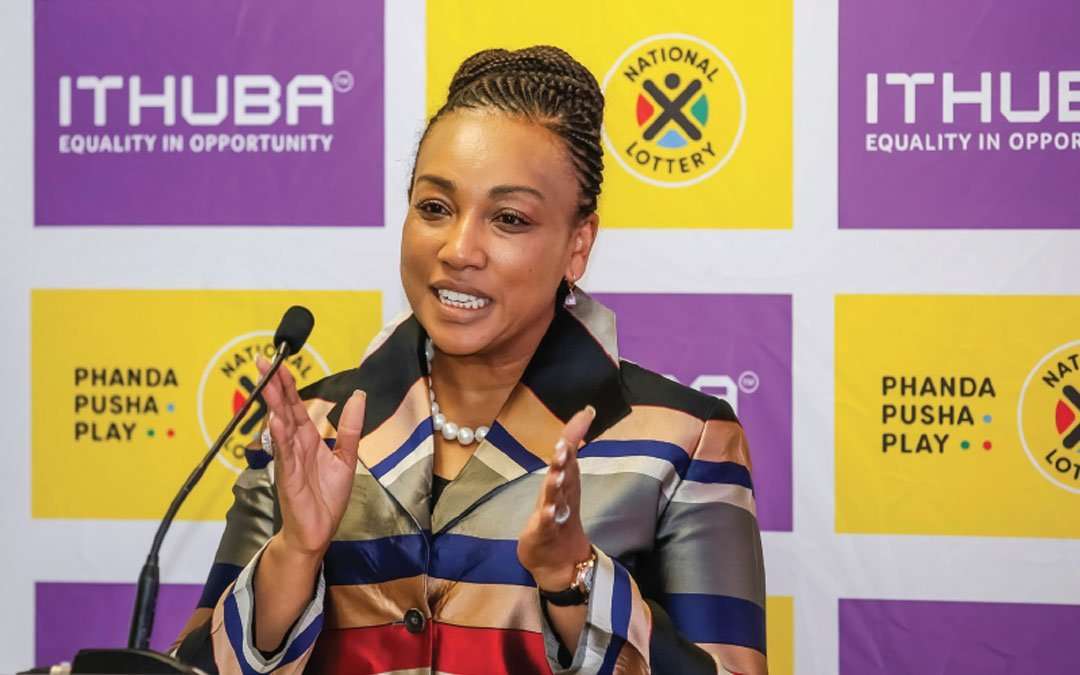 Charmaine Mabuza prefers to let her business talk for itself. However, when you become one of South Africa’s most prominent businesswomen and have an eye on Africa, keeping mum is not an option.

Born and raised by her single mother in Empangeni in KwaZulu-Natal, Mabuza helped to care for her younger siblings after matriculating from Stanger High School, ensuring that there was money for their education. It is this necessity to provide for her family that has driven Mabuza to achieve throughout her career; she attributes much of her success to these foundations.

also managed multiple retail stores, including a butchery, a petrol station and a local supermarket.” Mabuza grew up watching her mother face the daily challenges of being a black woman in business. “My mother inspired me. Even at a young age, I believed in the power of women, that is why I am so passionate about gender parity,” she says.

Mabuza rose to the top, juggling being an entrepreneur, a wife and a mother of three. But before building her own personal empire, she had established a name for herself as a director of Wiphold, a R1.2-billion organisation that was the first women-owned company to list on the JSE in 1999. After resigning from Wiphold to focus on her family businesses, Mabuza and her husband, Advocate Eric Mabuza, launched Zamani Holdings in 2008. In 2013, ITHUBA was launched. The company aimed to provide a national service by operating the South African National Lottery.

While a booming business might cause some to forget where they’ve come from, success has had the opposite effect on Mabuza. To honour the challenges.

“ I BELIEVE IT IS NEVER TOO LATE FOR ANYONE TO PURSUE THEIR DREAMS, ESPECIALLY WHEN IT COMES TO EDUCATION. THAT IS WHY THE ERIC AND CHARMAINE MABUZA SCHOLARSHIP FOUNDATION IS SO CLOSE TO MY HEART” 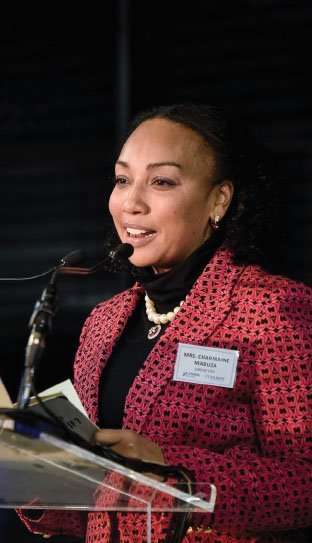 faced by people from disadvantaged backgrounds, the entrepreneur makes sure that she always gives back. It is for this reason that the National Lottery is such an important endeavour for her. It is a way of ensuring that funds are raised to benefit the neediest in society.

In addition to her passion for the lottery, Mabuza and her husband also set up the Eric and Charmaine Mabuza Scholarship Foundation. The foundation, established in 1999, provides tertiary education funding for deserving matriculants who come from disadvantaged communities. The foundation has funded many students who have gone on to qualify as doctors, chartered accountants, quantity surveyors and ICT specialists.

Mabuza believes education is the key to transforming the African continent and is herself currently studying towards a Harvard Business School qualifi cation. “I believe it is never too late for anyone to pursue their dreams, especially when it comes to education. That is why the Eric and Charmaine Mabuza Scholarship Foundation is so close to my heart,” she says.

But Mabuza’s goodwill doesn’t stop at education. She has taken her family values and implemented them in her company’s corporate social investment initiatives, which further highlight her passion for women and youth empowerment. These include:

• A women empowerment programme that identified 65 female retailers to develop, train and upskill in order to   improve their business skills.
• A media initiative to raise awareness and instil a sense of responsibility around preventing violence against   women, especially femicide.
• A youth employment initiative which placed 11 young graduates in various departments in the company on a     12-month internship programme.
• Developing the Mabuza Village housing project in Mpumalanga, which saw the company build ten houses for   employees with over ten years of service to the company.

Women like Mabuza are the lynchpins of South African business, securing the future of both the country and continent. They are the role models that lead young people – and especially young women – to believe in themselves and their dreams.

Mabuza’s success has hinged on three key principles, which she learnt from her mother and continues to honour to this day.

1. Ubuntu: People are at the forefront of any business’ success. Says Mabuza: “It is vital that businesses always think about the best interest of their employees, their customers and the communities in which they operate. People must form part of every decision we make.”

2. Excellence: Mabuza’s mother did not accept average performance when it came to her work. This ethic has been carried over into Mabuza’s personal business philosophy. “As a business leader, I expect all of those around me to deliver excellence at all times.” Mabuza takes the lead when it comes to this and is a great role model for those she works with.

3. Consistency: Being excellent is not enough. Mabuza demands consistent excellence from those around her. “You are only as good as your last job,” she says.