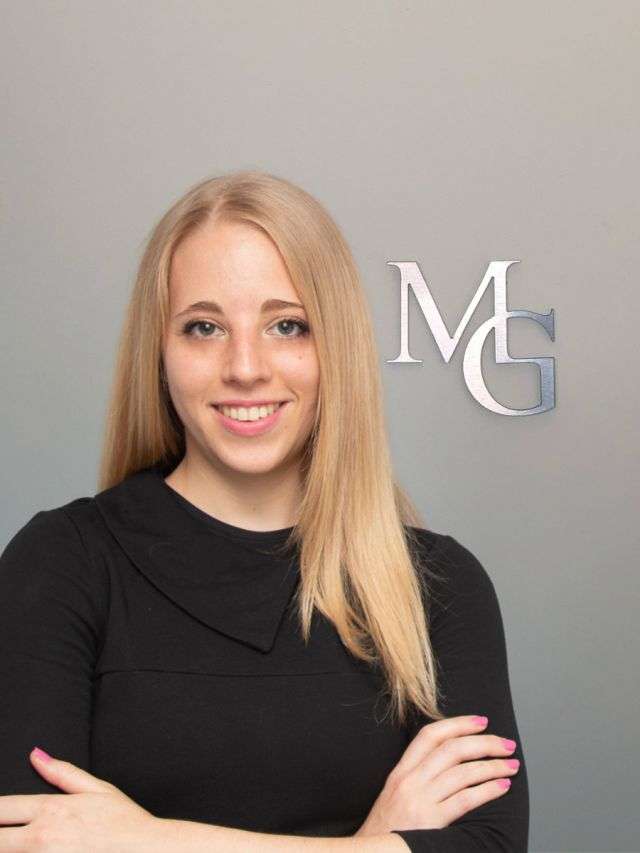 Some of the most interesting achievement stories are those of the under-40 or under-30 business owners. This is not limited to billionaires or even millionaires, but simply young individuals who are running profitable businesses at a young age, breaking moulds and shattering barriers. One such person is Sandton-based attorney, Maxine Gunzenhauser.

Maxine is the founder and managing partner of MG Law, a full-service law firm based in Sandton, that has grown to over 600 clients in just one year and a team expected to grow to fifty in just a few months. She achieved this all before celebrating her 30th Birthday. “Most people assume I had a silver-spoon upbringing and that my Father was most likely a lawyer, which is how I came to own a law firm before I was 30. However, nothing could be further from the truth”, explains Maxine.

So, what is her story?

The Gunzenhauser family lived an idyllic life until their home burnt down, leaving them with nothing. A few months later, when Maxine was five, her father suffered a fatal heart attack. This left their newly-widowed mother to support her and her sister Eryn, alone. It was a difficult time for the family and when Maxine’s mother remarried, things did not improve.  Maxine and her stepfather had a tumultuous relationship and at 16 she went to boarding school in Port Elizabeth to finish her school years.

On the topic of how she views her childhood, Maxine says “My life was not too much for me to handle, and I believe this to be true about most people. If God gave you a choice of different sets of problems, you’d end up choosing your own. Don’t dwell on your problems, focus only on how you plan to resolve them”. Away from the constant confrontation with her stepfather, Maxine began focusing on her schooling and achieved good results for her Grade 11 and Matric years, thus ensuring she could get into university to study law.

“Don’t dwell on your problems, focus only on how you plan to resolve them”.

Maxine obtained her Bcom Law degree and her LLB Cum Laude at the University of Pretoria. She was granted student loans for her first four years, and in her final year, she worked at the University as a Tutor, as a personal assistant to a CEO of a market research company, and as an au pair to three boys in order to pay her tuition fees. While she had to plan her days meticulously and with every minute accounted for, she still managed to obtain both of her degrees with distinction, as well as being a member of the Golden Key Society and being on the Dean’s Merit List.

After completing her degree, Maxine spent one year continuing work at TMS Research, and worked as the Gauteng Regional Campaign Manager for Lindt & Sprungli. Given that the jobs were flexible, she was able to juggle both, focusing on Lindt campaigns during weekends and holidays. At the end of the year, Maxine commenced her articles of clerkship at a top law firm, Webber Wentzel.

While it was an honour to have been selected by Webber Wentzel, Maxine did not want to limit her future to being an attorney and was keen to expand her experience in other areas. She joined Dr Mark Taitz, her adoptive father and mentor, in building a digital marketing agency, which grew from two people to employing forty within its first year.

From there, Maxine, Dr Taitz and two other partners launched an online travel agency, called NaviBon. Using their digital marketing and web development expertise, they were able to launch a full online travel agency, similar to Expedia, in only two months.  As a secondary source of income, Maxine also opened MG Law. However once the Coronavirus hit, NaviBon, like many other new online travel agencies, was completely shut down. Maxine focused her attention on MG Law.

MG Law opened in September 2019, with little working capital. It has grown into a strong firm that survived the pandemic without a single retrenchment. In terms of how MG Law managed, Maxine explains, “Of course it made business sense at the time to keep our costs down, and retain only vital staff. However, we felt strongly that we could not retrench anyone during Covid. We knew it would be almost impossible for them to find new jobs and we took the decision to retain all our staff. Once you reach a certain level, you have to send the ladder back down and help others.”

“We felt strongly that we couldn’t retrench anyone during Covid. We knew it would be almost impossible for them to find new jobs and we took the decision to retain all our staff. Once you reach a certain level, you have to send the ladder back down and help others.”

MG Law focuses on staff development, and the team is trained in logic, psychology and strategy, among other areas. This is available to all staff from an entry level office administrator, all the way up to management and the most senior attorneys. There is also a focus on hiring women, and the ratio of women to men is constantly increasing. “The number of women on the team is something I am incredibly proud of, and something we plan to increase substantially within the next five years”, says Maxine.

“The number of women on the team is something I am incredibly proud of, and something we plan to increase substantially within the next five years”.

When asked about developing others, especially young females, Maxine enthused “Mentorship is very important to me, because of how much I benefited from it. I am always willing to give advice to anyone open to receiving it”.

So what is the key to shattering those glass ceilings? When asked, Maxine stipulated the following 5 golden rules to live by: Fight, listen, improve, learn and share. She further elaborates: