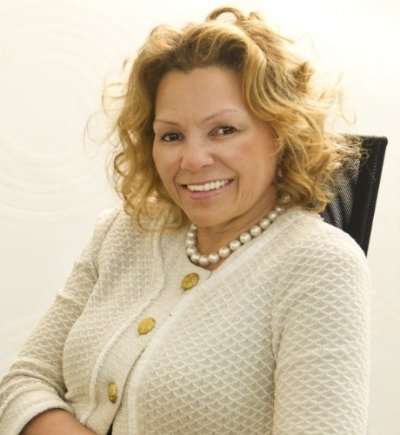 On the evening of 04 November 2021 at 6pm, the 18th annual Top Women Awards in partnership with Standard Bank took place virtually and was viewed across the globe.

Over 10 years ago, Standard Bank of South Africa took up the Platinum naming rights to the Top Women Awards – South Africa’s leading awards platform for the advancement of women in leadership.

Amongst a host of accolades, the Lifetime Achievement Award is given to women who have had long-term impact on the way people think about and perceive the role of women in society. This honours and celebrates women who have demonstrated excellence and what it means to be a true Top Woman and serves as an inspiration to all young women out there, to show that anything is attainable if you have the will to apply yourself and persevere.

The Award celebrates an entrepreneurial pioneer – someone who has been at the forefront of business in South Africa. Through strategic initiatives, joint ventures and acquisitions she has grown her business network – and her latest venture, a low-cost telecommunications operator has been designed to ensure that low-income earners have access to telecoms. She has pioneered Africa’s first 4G LTE network infrastructure and is a true representative for powerful women succeeding in business. Through this Life Time Achievement Award, Standard Bank wants to celebrate this business leader who is an icon and an inspiration to all young females:

Irene Charnley is a successful businesswoman and social entrepreneur and is the President of International Women’s Forum South Africa (IWFSA), a global organisation of over 7 500 pre-eminent women of significant and diverse achievement across 36 nations and 6 continents. She is also independent Director and Chairperson of Gibela Rail, which manufactures passenger trains for Prasa in its 52 000m² manufacturing plant.

Irene also recently served on the Board of the Public Investment Corporation.

She is the Founder, former CEO and former deputy Chairman of Smile Telecoms, a Pan- African telecommunications group established in 2007, with broadband operations in Nigeria, Tanzania, Uganda and a presence in the Democratic Republic of Congo (“DRC”).

Prior to establishing Smile, Irene, as executive director, was instrumental in transforming MTN Group into one of the most pre-eminent Telecoms operators on the African continent and the Middle East region, through a number of license company acquisitions. She also led the management and staff buy-in of 18.7% in MTN, which was an entrepreneurial initiative independent of MTN and which saw over 3000 of MTN employees benefit from the structure at the time.

As an Executive Director of MTN’s major shareholder, Johnnic Industrial Corporation, she was lead negotiator of a number of successful transactions, which led the transformation of the organisation from an industrial conglomerate into the focused media and telecoms Group. Irene also spearheaded one of the early broad-based black empowerment schemes in SA, called the Ikageng Scheme in which 32 000 ordinary South Africans participated and received 400% return on their initial deposit. During Irene’s tenure at Johnnic, she served as a director on a number of boards, including SAB, Premier Group, MNET, Multichoice, FNB.

Irene’s successful business career was preceded as a trade unionist and key negotiator for the National Union of Mineworkers.