Opportunities abound for women in the renewable energy sector 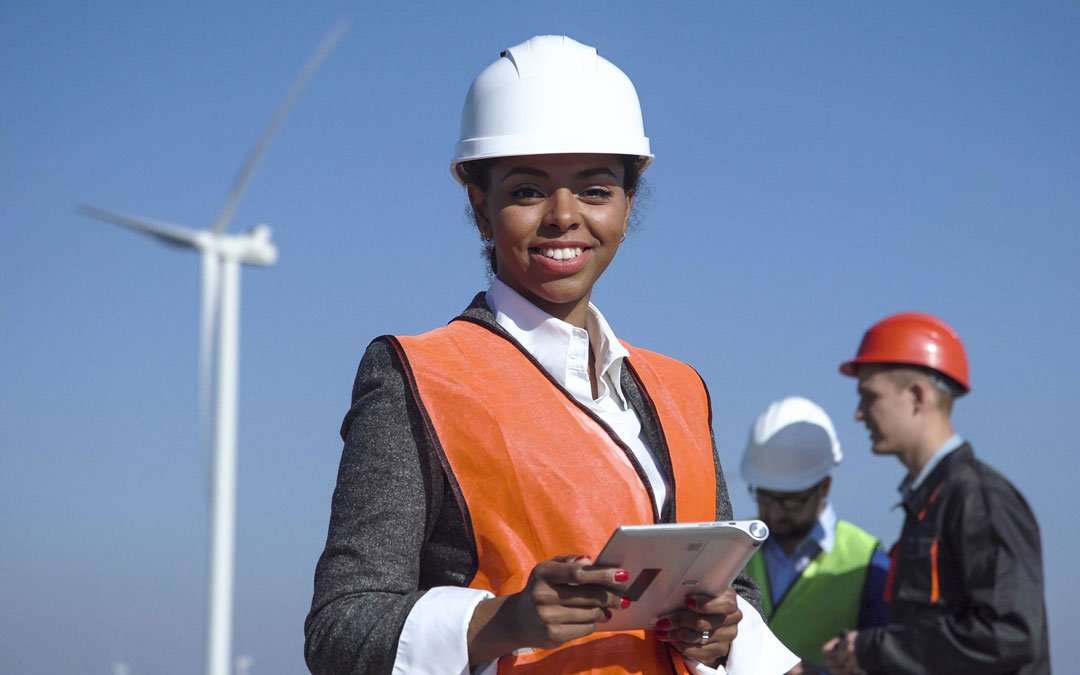 In a time when climate change and the environmental effects of our actions are (or should be) at the forefront of everyone’ s minds, the global coal industry is fast losing investment support. As outgoing Eskom CEO Phakami Hadebe said at this year ’s African Utility Week in May, “If you want to build a coal power station in South Africa, no one will give you the money.”

This is not ideal for a country that is heavily reliant on coal – not only for power production, but also for employment.

Meagre funding, a beleagured energy utility and uncertainty around supply are the perfect ingredients for creating an energy crisis.

One that, as we have heard time and again over the past two years, has the potential to plunge our economy into darkness. Compounding the effects this would have on a struggling economy, are the massive problems such a crisis would create for women in our society. I

n its 2017 report Energizing Equality: The Importance of Integrating Gender Equality Principles in National Energy Policies and Frameworks, the International Union for Conservation of Nature (IUCN) found that women are disproportionately and adversely affected by a lack of access to power.

Women who do not have access to electricity are usually primarily responsible for obtaining or collecting biomass fuel. This is a time-consuming and often dangerous task, resulting in time to poverty and threats to their health and well-being. A viable strategy for overcoming all of these issues according to this report? Renewable energy.

“Access to affordable, efficient, improved and renewable energy technology”, says the IUCN, has the effect of increasing energy security, reducing greenhouse emissions and lessening the risks posed to women’ s safety and security. It also has the added benefits of providing “new economic and educational opportunities for women” by reducing the amount of time spent collecting fuel and “giving them the opportunity to pursue an education or other economic activities”.

THE WELL-LIT PATH TO SUCCESS
Wind and solar power alone have immense potential. The technical theoretical potential for wind power – if wind farms were to be installed across South Africa – would be enough to satisfy the entire world’ s electricity demand. Adding to this, the country has one of the highest levels of solar irradiation in the world. We receive 4.5 to 6.5 kWh/m2 per day – double the amount that falls on countries in Europe and the United Kingdom (UK) that are using solar power to meet their growing energy needs.

With a debt of R450-billion and growing, and the impending decommissioning of its ageing coal power stations, Eskom is currently one of the biggest threats to the South African economy. Add to this the fact that the mega-plants intended to replace the old stations limp along in the construction phase, struggling to produce even half of their promised capacity, and you have the perfect recipe for an energy crisis; or for South Africa to let go of its obsession with coal and move towards clean energy sources.

A recent study from the University of Cape Town’s (UCT’s) Energy Research Centre (ERC) found that a diverse mix of energy solutions is the best way to ensure cheaper, cleaner energy and a more reliable supply of electricity. The study also highlighted the need to take climate change into account when planning how the energy sector will progress – something that women are instrumental in ensuring.The idea that women will be the key drivers of change in terms of climate change in the energy sector was echoed by African delegates of the United Nations (UN) at the 2018 UN Climate Change Conference. While discussing the implementation of the Paris Agreement, they expressed the view that women and girls need to be empowered in order for the continent to better fight climate change.

And there’s evidence to back this up. Mafalda Duarte, head of the Climate Investment Fund, says research shows that when women are involved in the decision-making process, agreements on the environment and projects involving natural resources are more likely to succeed.

Adding to this, a report by the Business and Sustainable Development Commission titled Better World, Better Leadership: Women Leading for the Global Goals, indicates that companies whose boards have greater gender balance are more inclined to prioritise environmental issues. They are also more likely to “invest in renewable power, low-carbon products and energy efficiency”. Further supporting this is a study conducted at the Western Sydney University, which found that women were eight times more likely to think that climate change would affect their lives than men.

According to Dana Elhassan, Senior Gender Expert at the African Development Bank, this is a major reason women need to be empowered in terms of climate change. “You cannot solve a problem with half the team. A lot of the unpaid work that women do, such as collecting firewood and water, and caring for the family are massively affected by climate change. So we have to make sure that adaptation initiatives address their needs, vulnerabilities and potential,” she said.

WINDS OF CHANGE ARE BLOWING
Unfortunately, the boards of South African energy companies don’t reflect this sentiment. According to Sharron McPherson, co-founder of the Women in Infrastructure Development and Energy Consortium, “Women do not even constitute half the team on boards of companies operating in the energy sector. And certainly do not constitute even one third of senior management.” She adds that sexist and outdated ideas persist in this environment – despite evidence showing that having women in these positions is beneficial.

But while the doors of traditional energy companies’ boardrooms might be shut to women, the winds of renewable energy are blowing others wide open. A growing industry that many male-dominated companies are hesitant to dive into provides the perfect opportunity for women to step in and initiate meaningful change. As Brenda Martin, CEO of the South African Wind Energy Association, recently pointed out, the “renewable energy sector is currently four times more employment-intensive than the country’s coal and nuclear sectors, as confirmed by the Department of Mineral Resources and Energy.”