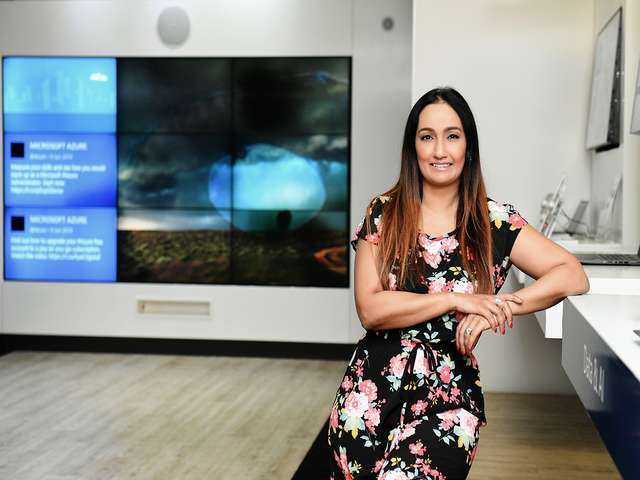 Much has been said and written about how the COVID-19 pandemic has changed our lives, and the way we work, live, learn and communicate. That it has irreparably changed several key parts of how we do things, is not in dispute. Many of us have by now grown used to working at a desk that doubles as a dining room table, or juggling calls in between helping with homework or cooking dinner.  As individuals, we have largely adapted and settled into this new world, even with the undeniably higher levels of stress, anxiety, fatigue and burnout it has brought. In fact, Microsoft’s newly launched Work Reworked research conducted together with Boston Consulting Group, KRC Research and Dr. Michael Parke of the Wharton School found that even in the face of these challenges, 76% of South African employees reported equal, if not greater productivity.

Many companies, and their human resources organisations in particular, are still trying to navigate the impact these issues have on their employees, and provide the mental, emotional and practical support needed, and ultimately continue to bring their company culture to life in this emerging hybrid model that combines remote work with a traditional office hub.

This has been a challenge for organisations of all sizes – but particularly for large companies with thousands of employees scattered geographically. It is often difficult for employees in these enterprises to engage with leadership and feel connected to the values and culture of the company.

And as many organisations begin to shave physical assets and explore the benefits of working from home, making the company culture tangible for employees is going to become more of a challenge. Even companies known for their enabling culture have struggled to translate this into a remote or hybrid work environment.   Companies will need to embrace this challenge as almost nine out of ten leaders – 88% – at large enterprises in South Africa expect they will adopt a more hybrid way of working permanently. The Work Reworked study found that flexible ways of working are here to stay, with many leaders focused on driving a culture of innovation.

The ones who have succeeded in fostering a strong, connected culture of innovation have one feature in common: the ability to unpack their core values in a way that is easy to understand, model and sustain. This is underpinned by the recognition that culture is the bedrock of everything the company does. It is, in practical terms, the tyres on a car or the power cable to a laptop.

Those companies that have failed to create and maintain a connected company culture also have a feature in common: an ongoing belief that culture sits separately to the running of the business, rather than a pivotal cog that impacts the bottom line of the organisation. This has translated into a struggle as remote work has become more common – the Work Reworked research showed that more than a third of South African business leaders admitted to battling with creating a strong and unified team culture.

THE LINK BETWEEN CULTURE, SUCCESS AND INNOVATION: PEOPLE

They will need to focus on creating a strong and unified culture to drive success. Research by Duke University found that the majority of executives see the correlation between culture and business value, with 92% of business executives saying that improving company culture would increase company value.

Not only is there a link between culture and business success, there is also evidence that culture and innovation go hand-in-hand. The Work Reworked study showed that 98% of leaders indicate it is important to change their firms’ way of working to become more innovative and flexible.  As an example of innovation reflecting company culture and driving value, the Xbox adaptive controller was designed to help gamers with limited mobility by making user input more accessible, and was introduced because of Microsoft’s culture – which places inclusivity at its heart.

The idea was born when a Microsoft engineer, Matt Hite, stumbled across a custom gaming controller designed for wounded veterans on Twitter – and came to life when he got in touch with the creator and discovered how inaccessible gaming was for these injured veterans – from triple amputees and quadriplegics to traumatic brain injuries – and how difficult it was to modify equipment for them.  A team of Microsoft employees decided to create a tailored solution at the company’s 2015 Ability Summit hackathon, and when leaders at the company saw the potential of the device, momentum for the idea and the project began building and different teams got to work refining the controller – with input from gamers, accessibility advocates and nonprofits that work with disabled gamers. The result was a solution that allows users to connect switches, buttons, joysticks, and mounts to create a custom controller that suits their unique needs and abilities.

This is just one example of where culture is able to drive innovation – there are no doubt countless examples of companies all over the world introducing solutions, products and services that are able to help people because they are built around their culture and anchored by their values.

Many of these solutions would simply never have been conceived if there was not a values and culture match between organisations, their leaders and their people. The power of culture is undeniable – and needs to focus on putting people first to nurture their potential.

Critically, a people-led culture cannot be cosmetic or inauthentic. It needs to be a fundamental part of the business strategy, and the human resources function must evolve to act as a business partner that pushes and challenges leaders to put people first. This is the clearest path to success in the new hybrid world of work.