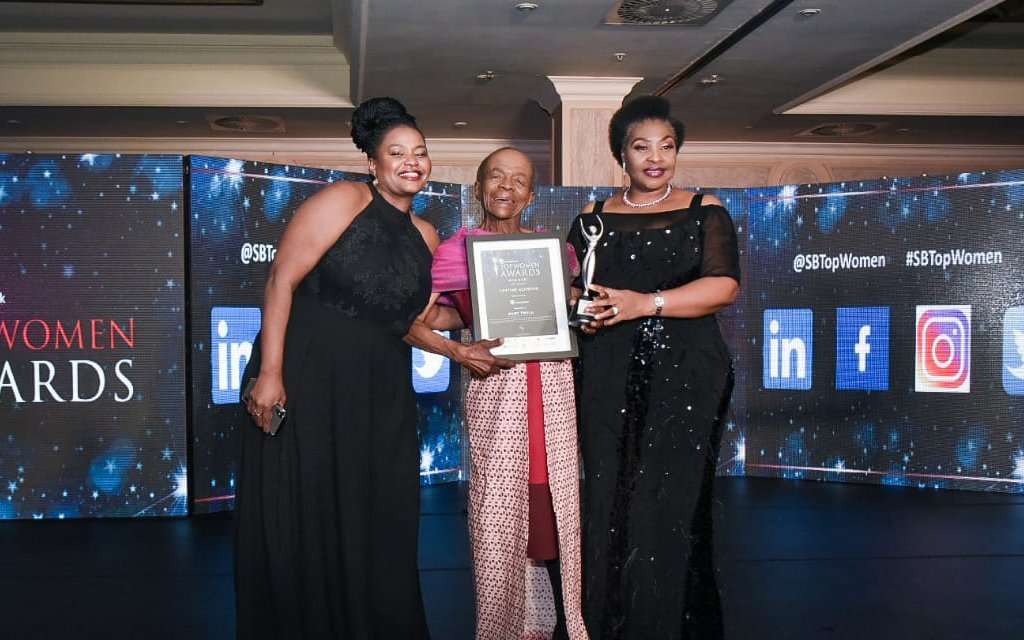 We have lost an icon – larger than life, brimming with energy, creativity and selflessness – Mary Twala graced our stage, our screens and our lives.  The legend lives on. Thank you for everything you gave us.

In 2019, the year of her 80th birthday, Mary Mhlongo Twala won The Standard Bank Top Women

Best known by her character name MaMpinga, the star of stage and screen had been in many productions such as Skwizas, Molo Fish, Hlala Kwabafileyo and Muvhango.

On Saturday 4 July 2020, Mary Twala’s son, Somizi Mhlongo-Motaung announced the news of her passing – which was greeted by a national outpouring from all who knew her, including President Ramaphosa:

“Like millions of South Africans, I am saddened by the passing of a great icon of our nation’s creative community; someone who was a household name and face to all of us and brought home the joys, the struggles and the humour under pressure that characterises our national life.”

“We have lost a unique talent and an endearing human being whose performances brought to life the meaning of being South African, and appealed to South Africans of all generations. We will miss her dearly.” – President Ramaphosa