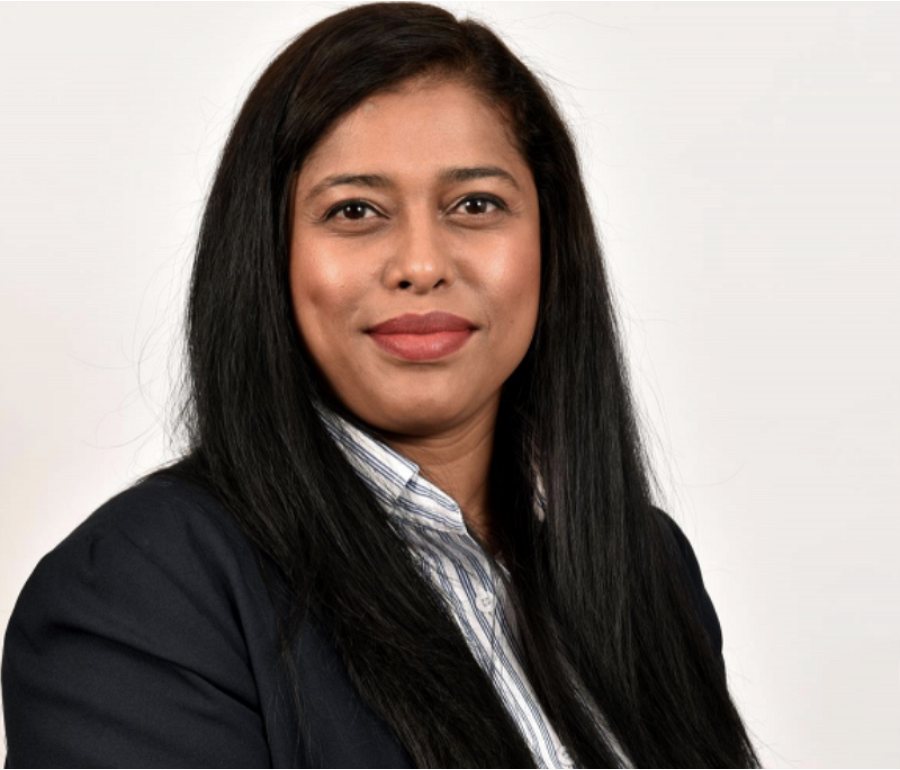 “As the architect of your opportunities, and champion of your dreams”, Seneca Lutchmana, Leader, LIXIL Africa shares insight and inspiration with fellow female-empowered professionals in pursuit of growing their personal and professional success.

Uniquely positioned to lead the LIXIL Africa business, Seneca began her career as a lawyer working as in-house legal counsel. After contributing to many multinational organisations in Africa, she served on several Boards as both executive and non-executive director in a variety of sectors including Manufacturing, Mining and FMCG. Participating in international leadership programmes and short-term assignments around the globe, while achieving prestigious accomplishments both personally and for the entities that she has represented, Seneca went on to discover a growing desire to become more involved in organisational operations and leadership roles.

With a Master’s degree in Commercial Law and an already distinguished career, Seneca went on to complete an MBA which led her along a new career path and growth trajectory seated in business strategy, organisational diversity, inclusion, and leadership.

As Leader of LIXIL Africa, Seneca Lutchmana stands as a testament to the merit and stature in creating equal opportunities and in driving your own accomplishments.

“Putting your hand up, making bold moves and stepping into new roles with the understanding that success is never final as change is always happening and so learning must be perpetual,” says Seneca.

Having begun her tenure at LIXIL fulfilling a Legal & HR function while concurrently taking on P&L responsibility at LIXIL Africa’s subsidiary, Apex Valves SA, Seneca jumped at the opportunity to shadow two former LIXIL CEOs assisting with business activities such as Supply Chain, Manufacturing, and other activities across the African business arena. And while perhaps a nonlinear career path but certainly one of great accomplishment, it was no surprise that Seneca Lutchmana was soon appointed as Leader, LIXIL Africa following the resignation of the group’s former CEO.

Concurrent to this transition, the LIXIL group made the bold decision to do away with traditional C-level role titles. Intended to simplify the organisation and shift to a more agile culture in keeping with ongoing transformation initiatives that are embedding a more agile, empowering, and open culture in this organisation, the title of Leader  has  encouraged Seneca and other senior executives within the LIXIL group to strive well beyond their traditional role titles to a more creative, empowered and innovative approach to the business.

Stepping into a leadership role during a global pandemic and with the added task of enabling a turnaround strategy resulting from an already strained economy pre the pandemic, Seneca, together with her team have overcome various challenges faced by the business. Just a few months into the start of the global pandemic the decision to terminate LIXIL’s largest distributor and discontinue manufacturing at all South African factories came with great consideration and equal responsibility.  However, due to the high-cost burden which started well before the pandemic but deteriorated because of decreased demand during the early months of the pandemic, the task of retrenching staff during trying times called for courageous female leadership that only Seneca could command.

Seneca reflects on this time and comments: “It was very difficult to be retrenching staff during a global pandemic but over-communicating with staff, being transparent about the reasons why the actions were necessary to save the company and being fair in our severance negotiations held us in good stead. We faced these challenges by taking one day at a time. One needs to, of course, have a plan but we also needed to be flexible and above all execute by delivering on our commitments.”

Words like resilient, passionate, and ambitious are best used to describe Seneca together with her commitment to transparency, diversity, and equality. Much of Seneca’s success can be attributed to her hands-on approach, can-do attitude, and flair for participating in a multitude of functions and activities throughout the business. In doing so, Seneca has illustrated to those that look to her for career advice, how beneficial it is to play an active role not only in your primary function within a business but by extending your exposure to roles beyond your current portfolio. Volunteering to participate in other functions, taking on additional responsibilities and expanding your learnings across various project teams, lays a solid foundation and a well-established repertoire in the company or sector you wish to grow within.  Seneca adds to this by commenting:

“Never stop learning whether that is formal education, short courses or simply learning about what everyone else does in your organisation, get involved in cross-functional project teams to become more involved in aspects of the business that are outside your expertise, raise your hand – volunteer to participate, strive for continuous improvement and personal growth”.

With a mindset aligned to a “work hard, play hard” approach many of Seneca’s behaviours parallel to core behaviours of LIXIL Africa whereby an ethos of respect, diversity and inclusion, empowerment, bold moves, and experimental learning underpins growth and success factors. She adds: “ I like to think of myself as quite balanced so Work Hard and Play Hard means giving my all while I am at work but also balancing that with family time and leisure when I am at home.”

With pursuits in driving a profitable turnaround within the African marketplace, Seneca sees many opportunities and the potential that Africa can tap into as markets emerge during the post-pandemic economic recovery. And while she may have her sights set on global growth long term, short to medium term objectives remain firmly rooted in focussing on creating stable and sustainable business growth. “For the next 3 years, I am really focussing on turning around the LIXIL Africa business. I am certain that we can achieve double digit growth despite some of the political and economic challenges we face.”, explains Seneca.

Finding her inspiration from the various mentors, leaders, women in business and predecessors that have offered invaluable guidance and coaching throughout her career, Seneca gains much of her encouragement and enthusiasm from her family and daughters who no doubt find an inspiring female-empowered ambassador to look up to in their mother. When asking Seneca for a final message, one that she would share with aspiring female leaders and young businesswomen entering the professional arena, Seneca concludes that opportunities exist, everywhere. “It is up to you to take those opportunities and give your best to be successful. Don’t wait for an opportunity to land in your lap because that may not happen. You need to set yourself up for success.”