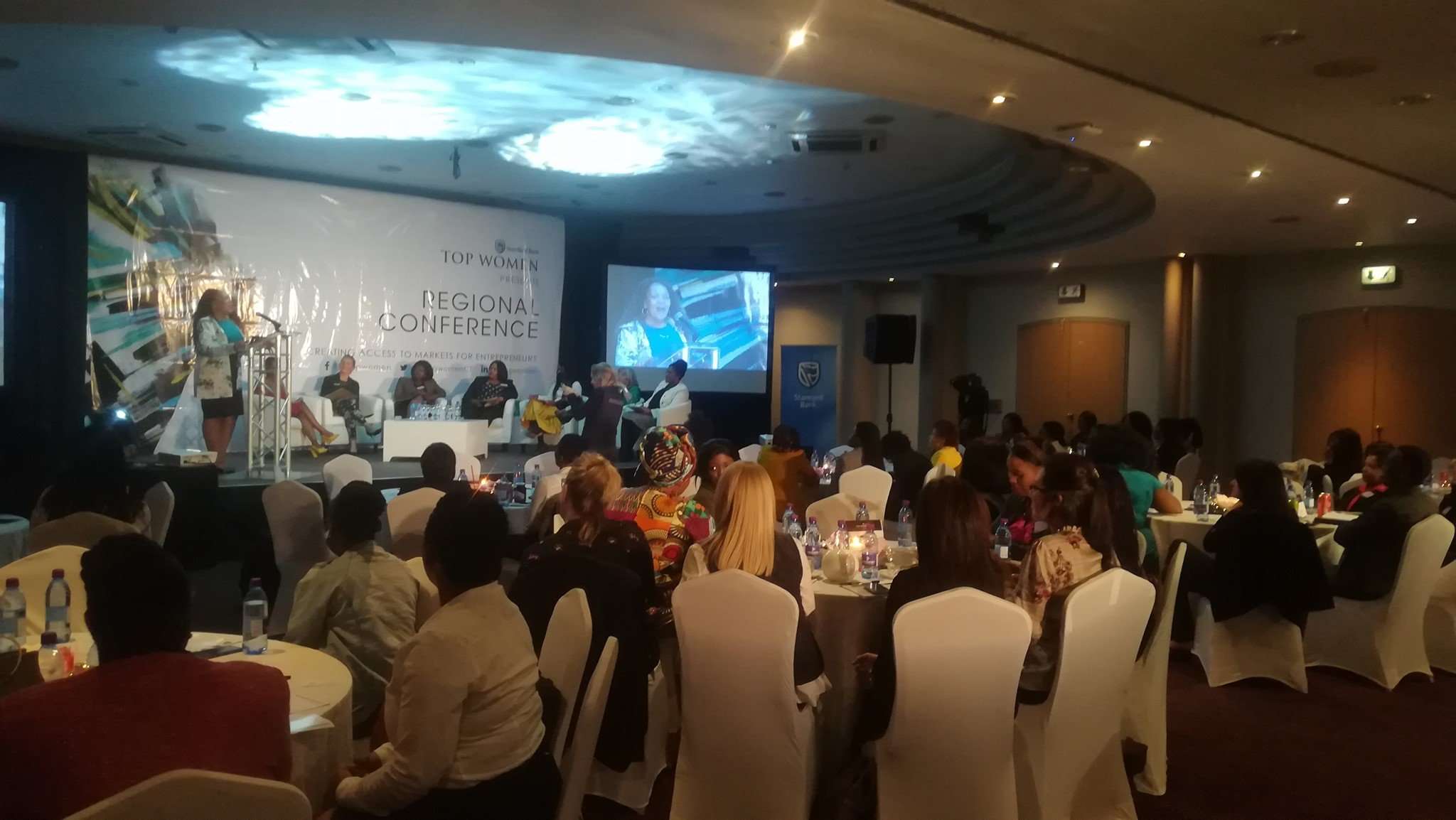 The Standard Bank Top Women is South Africa’s leading gender empowerment brand, it celebrates organisations that prioritise gender empowerment. What was initially a National conference taking place in August in Johannesburg, has changed to an initiative brought closer to the masses who want to participate and boost business prospects.

The initiative covers publications, awards, conferences and also drives awareness pertinent to the value and impact that women in leadership have in society.

The regional conference series took place for the first time in Kimberley at the Flamingo Casino on the 27thof May 2019. The conference was aimed at encouraging companies to grow and become market leaders as well as to inspire other female entrepreneurs in the province and give them the opportunity to expand their businesses.

The gathering kicked off with opening remarks from the Provincial Coordinator, Mapaseka Dipale, trailed by a welcome note from the hosting partner, Mr Edward Matiwane, from the Northern Cape Youth Chamber of Commerce and Industries. He said that the biggest barriers to success is usually not business intelligence or innovative business models but simply access to trade and markets. “This one-day conference is designed for women entrepreneurs to connect, share their experiences, barriers, get support and learn first-hand from successful award-winning entrepreneurs on how to boost their companies”, he explained.

Masego Seleke, CEO of Slakes Enterprises, who gave the opening address says that she was grateful to be part of such an initiative.

In her address she recalled her journey in endeavouring into the water purification businesses, “Funding is a problem when you want to start a business, I also struggled in attaining the appropriate training to kick start my business, and I therefore had to teach myself about the processes of water purification and bottling”. Ms Seleke says that it is important for women not to compare themselves to other female entrepreneurs and to run their own race, but emphasises on the importance of doing research.

“To succeed in your journey as a business woman, it is important to have a motivating factor, a reason to keep you going and striving every day in order to be successful”, said Shirley Hayes as she addressed the audience. Hayes is the only female in the Northern Cape that owns an operational mining company. She is the CEO of SHiP the Copper. As a successful mining entrepreneur who started off as an administrative Clerk in the field, she gradually taught herself about the mining business over the years. “I plan to make the Northern Cape region the next mining hub,” she added.

During the session women were given opportunities to network and have conversations. Pre-selected and random contestants were given a chance to pitch their businesses to a panel of judges where Ms Lynette Johnson (clothing and textile sector) walked away with the first prize, second prize went to Evelyn Maruping (media sector) and Ms Johanna Kleinbooi (transportation sector) acquired the third prize. The three women will each receive a business development package worth R70 000.

The winner of the first prize, Ms Lynette Johnson says  she is filled with heartfelt gratitude,  “Winning the package will really come in handy for the business. We plan to help women that are disadvantaged to become more resourceful, skilful and production orientated through our free handicraft skills development and entrepreneurship training initiative which will commence in June this year. In this way we can contribute to the unemployment rate that keeps rising in our community,” she remarked.

“Being in the clothing brand, the business can be quite temperamental, at times one may feel like throwing in the towel but being here at this grand event, and hearing the women on the podium and during the network sessions where we speak about our experiences has inspired me and showed me that all business have challenges, one just has to keep going and never give up, “said a participant at the event Nononi Mpuang, CEO of House of Rude.

The event ended with a cosy networking cocktail function allowing the women to engage further.

Standard Bank believes that women should have the right to succeed on their own value and that is why the bank has taken such a practical approach in ensuring this materialises.