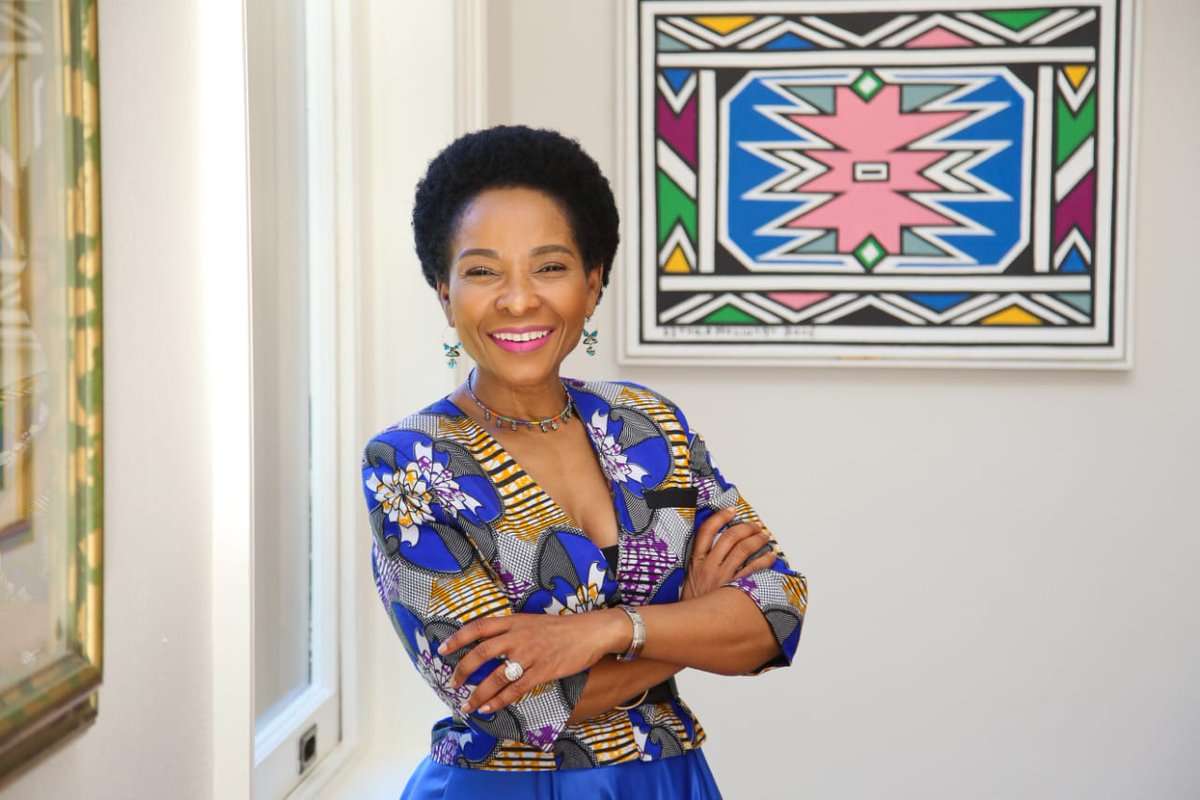 A Leading Woman in Academia

Prof. Mamokgethi Phakeng (previously Setati) is a highly celebrated B2 NRF-rated scientist who has completed more that 80 research papers, as well as five published edited volumes. Prof. Mamokgethi Phakeng participated in around 30 plenary talks which have taken place at international conferences, and has been invited as a visiting professor in universities around the globe. An award-winning academic, she has been awarded a plethora of awards for her valuable research and community work, such as the Order of the Baobab (Silver) which was conferred by the President of South Africa, in 2016.

As the Founder of the Adopt-a-learner Foundation – an NPO launched in 2004 which provides educational and financial assistance to learners from rural and township communities to obtain their higher education qualifications – Prof. Mamokgethi Phakeng is especially passionate about mathematics. Her vision for the Foundation began with a need to empower mathematics educators in underprivileged communities, whilst providing learners from such communities with access to quality mathematics education.

“I started this trust because while I was the first to obtain a PhD in mathematics education, I do not want to be the last”, she explained.

In July 2018, Prof. Mamokgethi Phakeng was appointed as the new Vice Chancellor for The University of Cape Town, taking over the reins from Dr Max Price (who served as Vice-Chancellor since 2008). At the time of her appointment, she was the Deputy Vice-Chancellor (DVC): Research and Internationalisation.

Since taking on this new role, she has made it her mission to embody academic excellence and instill the highest standards in her staff and students. With much work to be done on South Africa and Africa’s Education Sectors, she believes that improving curricula and research methodologies will empower future generations.

“I know that the task that lies ahead is a mammoth one and I do not underestimate its complexities. In every challenge we face there are also opportunities”, she commented on her appointment.

“I will work tirelessly to enhance our cutting-edge research, which speaks directly to the challenges of our country, region, continent and the world. We will grow and develop talented academics, other staff and students from South Africa, elsewhere on the continent and internationally. I wish UCT to become a phenomenal international experience for our students, an experience that is profoundly embedded in academic excellence and that is uniquely African – an experience positively unforgettable. We will rethink curricula and make sure we broaden our pursuit of excellence in research, teaching and learning and in all our activities. There is a lot to do and I look forward to beginning this task.”

Just last year, Prof. Mamokgethi Phakeng was celebrated by Toastmasters Southern Africa, receiving the Communication and Leadership Achievement Award during a momentous virtual ceremony, which was held on the 8 August 2020.

Each year, this prestigious award is bestowed upon a non-Toastmasters member who has consistently shown commitment to making significant contributions within the fields of communication and leadership, in Southern Africa. This honorary award was first given to Dr Anton Rupert in 1974, and has since been awarded to the likes of Yusuf Abramjee, Basetsana Kumalo, Archbishop Desmond Tutu, and Prof. Thuli Madonsela, to name a few.

“I am especially proud to receive this award because it connects excellence in leadership with excellence in communication. These are important skills, especially in this year of dramatic change,” said Prof. Mamokgethi Phakeng upon receiving the award.

Thus far, Prof. Mamokgethi Phakeng has proven her ability to lead the University of Cape Town (UCT) with integrity, clear vision and learning agility. Under her wing, UCT has soared to great heights, and has since been ranked as the leading African university in all of the five major world university rankings. As part of her winning leadership strategy, she remains focused on maintaining excellence and fostering transformation, whilst placing the sustainability of the university at the forefront of her mission.

“My biggest goal is to shift the exclusionary institutional culture of UCT”, Prof. Mamokgethi Phakeng expressed.

As she continues on this path of academic excellence and exemplary leadership, Prof. Mamokgethi Phakeng joins the cohort of five top-tier speakers as per the re-launch of the Life Science Across the Globe (LSAG) as a monthly seminar series. The LSAG was originally launched on 1 July 2020 by The Institute of Infectious Disease and Molecular Medicine (IDM), housed within UCT’s Faculty of Health Sciences, in collaboration with Janelia campus of the Howard Hughes Medical Institute, as well as six other leading global research institutes.